Since it’s first introduced on the market, the Ball Engineer Master II Aviator has been one of Ball’s signature watches. It has a vintage feel, and a traditional pilot looks, which is timeless. This offers an outstanding amount of legibility.

With the new Engineer Master II Aviator Oversize Limited Edition 1217pcs. Bracelet + Rubber Ref. NM2050C-S1A-BK, a model deeply inspired by the courageous endeavors of the Wright brothers, this is what Ball’s Engineer line is all about. The Aviator Oversize is “A bold style for a daring attitude.”

A brief history on who are the Wright brothers- they were widely admired and celebrated for their invention of the first flying transportation in 1903. Just as the saying ‘the road to success is paved with failures” goes, this can refer to the Wright brother’s undertaking to revolutionize the way we explore the world.

Paying tribute to the Wright brothers and their legend, Ball Watch Company crafted the Aviator Oversize, which is limited to a 1,217 pieces production (since the fruition happens on December 17), to commemorate that historical date. The limited edition number is engraved on the case back.

A name like “Oversize,” it is by no means a svelte watch you find on classic dress models. It is no surprise that the case diameter measured at 48mm wide, and 13.5mm in height. The enlarged case size has a stunning presence, and balance off with slim curve lugs that allow it to wear comfortably on the most wrist. The Aviator Oversize is water resistant to 100 meters featuring a screw-down crown,  and being Anti-magnetic to 4,800A/m.

Ball has improved the legibility a few notches by including additional tritium micro tubes to the watch to make a total of 31 tritium tubes! This model offers something unique. Tritium gas tubes are generally round and thin. Here, however, the tubes used for the hour markers are wide and flatter, Ball calls it double-sized micro gas tubes. In reality, they are like 3 or 4 times the size of standard tritium tubes. This looks fantastic and results in some extreme legibility. The glow of the big fat tritium tubes is insanely impressive in the dark! Further, the large tubes complement the oversize case and aviation theme, making all well balanced.

The Aviator powered by the Ball RR1102 automatic movement with day/date function, and that reminisce of various gauges found on flight panel. The movement is an ETA 2836-2. Ball emphasizes accuracy under adverse conditions. The Aviator is ISO1413 certified to withstand up to 5,000g of shock resistance.

Lastly, the Ball Engineer Master II Aviator Oversize Limited Edition 1217pcs. NM2050C-S1A-BK, comes on a dark green rubber strap which matches the theme of the watch. And to sweeten the whole deal, Ball is including the stainless steel bracelet for those occasions you want to dress it up a little.

Maker
Ball Watch Company
Movement
Ball RR1102/ETA2836-2 automatic movement.
Dial
Semi-matte/glossy black.
Luminous
31 double-sized micro gas tubes on hour, minute, second hands and dial for night reading capability
Case
Satin brushed. Stainless steel.
Crown type
Screwdown Ball signed crown
Lug width
22mm
Crystal material
Domed sapphire crystal, anti-reflection coating
Strap
Dark green rubber strap with Ball buckle. Additional Ball stainless steel bracelet
Water resistance
100m/330ft
Dimensions
48mm in diameter, 13.5mm thick
Find out more about the brand
Customer Reviews
5.0out of 5
5 reviews
5 stars5
4 stars0
3 stars0
2 stars0
1 star0
Add a review
Hmm...you don't seem to have purchased this product yet to be able to leave a review.
You have already reviewed this product. If you would like to edit your existing review then please contact us directly.
Something went wrong! Please try again!
Sort:Most Recent Most Recent Highest Rating Lowest Rating With Photos Most Helpful
J
Jorma K.Verified Buyer
Nov 8, 2021
Amazing watch with crazy lume and a smooth transaction
I ordered the watch on Saturday, it was shipped in Singapore on Tuesday and I had it on my wrist in Germany on Friday. Thanks to DHL Express, customs clearance was no problem. When... view morebuying online in Singapore, German buyers still have to add €0.80 customs duty and 19% German VAT to the purchase price. For customs clearance, DHL itself also charged a fee of €14.90, so on top of my base price of the watch of €1417.16, I had to pay €285.13. Since Ball Watch does not offer this watch with 2 bracelets, I would have paid €1809 for the watch with steel bracelet and €268 for the rubber bracelet extra. Thus, after deducting the customs clearance costs, I still saved €375 at Gnomon. The packaging was impeccable and the set included all the necessary certificates of authenticity. I will gladly buy here again! Thank you very much and greetings from Frankfurt! view less 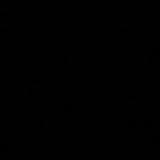