Unveiling the new Engineer M Marvelight, Ball has introduced their new fully in-house movement in one of their most popular Engineer II models; the Marvelight, more on that later on the new movement. The Engineer M Marvelight measures in at 43mm in diameter with a height of 13.4mm. The dimension allows the wearer to have sportier wearability as compared to the earlier Marvelight which is only at 40mm. Further, it features a screwed-in crown, commonly found on most Ball’s watches, allowing it to have a 100m water resistant. Once the time and date adjustments are done, screwing back the crown will enable one to bring it out for some splash around water.

Moving on to the dial, the new Engineer M Marvelight takes some tweaks from the earlier version, the 15 micro gas tubes on the dial are slimmer, while keeping 12, 3, 6 and 9 ones slightly bigger, helping legibility when reading the time. 14 of them glows in bright green while the big one at 12 glows in deep orange to assist in dial orientation in the dark.

The Blue variation bears a sunburst effect similar to the earlier Marvelight, but in a slightly deeper and darker hue, which we feel is a nice touch. Couple this with a tapered baton style hour and minute hands, along with their signature seconds hand with Ball’s “RR” symbol as counterweight on the other end. Topping things off for the dial, the Engineer M Marvelight has a non-cyclop domed sapphire crystal with anti-reflective coating underneath.

Now for the star of the show, the Engineer M Marvelight Blue Ref. NM2128C-S1C-BE is powered by the manufacture caliber 7309. It is an automatic movement that boasts an amazing 80-hour power reserve even though it beats at 28,800bph(4 Hertzs). What's more? This caliber 7309 being produced entirely in-house by Ball, is also Chronometer (COSC) certified. Owners can acknowledge this fact from the “Chronometer, 80Power hrs” texts seen on the bottom half of the dial. The movement can be admired through the display casebook while being well protected with their own patented Amortiser anti-shock system, that consists of a protective and anti-magnetic ring around the mechanical movement that absorbs the energy created by side impacts and shocks. 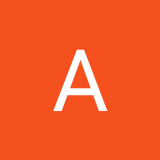 Алексей Б.Verified Buyer
Nov 13, 2020
COSC certified chronometer
I have been using the watch for 1 year. The clock lag is 6-8 seconds per day. This is absolutely not a COSC.
Very pleased with the tritium gas backlight!
Grateful to... view moreGnomonwatches for the purchase and delivery, no problem. view less

0
C
Chase G.Verified Buyer
Jul 16, 2020
Excellent Experience Great service from Gnomon for a great product. It will be a pleasure to do business with Anders again.
0
C
Clayton R.
Jun 1, 2020
An amazing value.....
Simply stunning.....one of those watches that just takes your breath away.....wears perfectly on the bracelet or a strap...super legible day and night.....and super service from Gn... view moreomon as always! Punches way above its price point! view less