In the early 1910s, the Japanese watch manufacturer debuted its first mechanical watch. In continuation of its development, Seiko has launched its automatic caliber in the 1950s, along with its marvel, which is the creation of its shock absorbing system for the movement; known as the "Diashock" system.

Seiko has gone through a decade of refining and developing its mechanical watchmaking skills. These had led to the creation of Seiko's all-mechanical collection; the Presage.

In the Presage line consist of Seiko’s leading mechanical watch collection at nearly every price point imaginable, like the caliber 4R, 6R and 8R, and today we introduced to you a new model in our collection, the Presage Enamel Roman Automatic Ref. SPB047J1 or known domestically as the SARX049. This is a classic dress watch entirely made in-house by Seiko, and features an impeccable fire-treated enamel dial crafted in the land of the rising sun.

The prevalence of the art and practices of enameling is customary in the heart of Switzerland since the 17th century. Geneva’s timepieces have been highly sought after with different Grand Feu (where enameling is called there) style paintings and portraits on their dials. However, a majority of these unique enamel timepieces are tagged with a high price for consumers, but not anymore.

Seiko released a set of classic watches with beautiful white enamel dials, that is made under the supervision of Mitsuru Yokozawa, an authentic Japanese craftsman with more than 40 years of experience in producing enamel objects in an intricate and complex process. The SPB047J1 is one of those (along with the SARX051).

The SPB047J1 measures a 40.5mm in diameter with a thickness of 12.4mm, making it very wearable as an everyday watch on any occasion. The dial featured here is a bright white enamel dial, giving the SAPB047J1 a lustrous and flawless look. Seiko brings this concept by no means a random consideration. In fact, it is based on the watch that brings us the Presage line today, which is the 1913 Seiko Laurel, while being the first wristwatch with a white enamel dial.

Further, the hour markers are deep black numerals, painted directly onto its enamel dial surface repeatedly at least 10 times, so to achieve great depth and contrast. One can easily spend hours looking at the watch to admire the intricate details that Seiko has put into this excellent dress watch, withstanding the very close scrutiny, and able to pass with flying colors.

A gentlemen’s mechanical watch like this is an uncanny resemblance to its pedigree “Grand Seiko” cousins. Part of the Presage lineup of dress watches means that this is a step above the Spirit collection(SARB033) in terms of built and finishing. The elegant touch is completed with its black genuine alligator leather with Seiko’s deployant clasp system.

The Seiko Presage Enamel Automatic Presage Ref. SPB047J1 uses the robust 6R15 automatic caliber, with a power reserve of 50 hours and accuracy of -15 to +25 seconds. The movement can be seen through the open display case back.

While Japan is synonymous with longstanding cultural history. Valuing their tradition till today, in terms of design and manufacturing values. The Presage Enamel Roman Ref. SPB047J1 is an every day, elegant dress watch that is reasonable priced. It showcases Seiko's ability to combine their manufacturing capabilities with Japan's own everlasting culture. This beauty from the Presage collection has offered authentic traditional craftsmanship, in this case, in the form of a white enamel dial fired by true Japanese enameler, pairing with Seiko’s reliable automatic in-house movement.

Maker
Seiko Japan
Movement
Caliber 6R15
Accuracy range
+25/-15 sec per day
Dial
White Enamel
Luminous
N/A
Calender
3 O'clock
Case
Stainless steel
Crown type
Push-in
Lug width
20mm
Crystal material
Curved sapphire crystal, Anti-reflective coating on inner surface
Strap
Seiko Black Crocodile strap
Water resistance
100m
Dimensions
40.5mm in diameter, 47.8mm lug to lug, 12.4mm thick
Find out more about the brand
Customer Reviews
5.0out of 5
3 reviews
5 stars3
4 stars0
3 stars0
2 stars0
1 star0
Add a review
Hmm...you don't seem to have purchased this product yet to be able to leave a review.
You have already reviewed this product. If you would like to edit your existing review then please contact us directly.
Something went wrong! Please try again!
Sort:Most Recent Most Recent Highest Rating Lowest Rating With Photos Most Helpful
B
Bibas C.Verified Buyer
Feb 17, 2021
Wonderful and classy dress watch
Had been looking at Seiko enamel and porcelain line of watches for a while. Bit the bullet and bought it from Gnomon as it had the best price. Fast shipping and it was packed very ... view moresturdily. The watch dial is a killer, making it pop with reflections as well as the blue. You just can't stop looking at the watch!! Wish it was a tad bit smaller as a dress watch. view less
0
M
Martin K.Verified Buyer
Dec 1, 2020
Phenomenal watch from a fantastic retailer!!
Have been contemplating this watch for a while now and finally decided to get one for myself. SO glad that I did! In person, it a gorgeous watch of a quality higher than I antici... view morepated. Absolutely beautiful. And thanks to the super fast shipping and outstanding customer service from Gnomon Watches, I received my watch here in the US in 3 days. Utterly superb watch and I will most definitely be purchasing from Gnomon again due to their great prices, fast shipping and fantastic customer service. view less
0 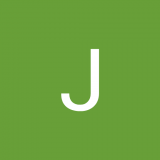 John S.Verified Buyer
Nov 23, 2020
Elegant piece from Seiko that can rival its Swiss counterpart
I have been looking for this watch for about a year now because of the elegant similarity with another Swiss watch maker. I could not believe that it's just within my reach because... view moreof Gnomon Watches! Delivery was very fast with extra packaging and care by the seller. I am very happy with the purchase from your store. Thank you so much! view less