Powerful, bold and respected; these are traits that can be used to describe the Shogun, an honorable title given to Japanese military commanders of the highest rank in feudal Japan. These qualities are also manifested in Seiko’s newest generation of Shogun models (Ref. SBDC129 and SBDC131), bringing welcoming upgrades to its previous iteration - the SBDC029. Like many of the other quirky Seiko dive watch nicknames, the watch is dubbed as the ‘Shogun’ by Seiko fans for its crisp and sharp lines in the design, bearing close resemblance to the protective helmet and body armor donned by shoguns in the feudal era of Japan.

This piece would definitely portray a bold presence on the wrist with a 43.5mm case diameter and a thickness of 13.3mm, just like how a solid diver should. Finishing is executed to a high standard with fine satin brushing on the top of the sharp muscular lugs as well as the side of the case, however the slim chamfer and edges of the crown guards present a refined high polish finish for a touch of finesse.

While it may not be noticeable at first glance, one of the subtle upgrades in the Prospex Shogun 200M Automatic White Titanium Ref. SBDC131 rests in the bezel insert, the 120-click unidirectional dive bezel houses a two-tone titanium bezel insert with black on the 1 to 15 markers and a lustrous metallic grey for the 15 to 60 markers. This is a refreshing change from the all-black bezel from previous iterations, exhibiting a tasteful modern aesthetic.

Most noticeably, the major changes are focused on the dial. The Prospex Shogun 200M Automatic White Titanium Ref. SBDC131 receives a fresh look on its bright white dial with brand new handsets and indexes. While the general shape of the hands remains the same, it is beautifully refined with a sleek faceted design. The centre of the hands divides both the immaculately brushed and polished finishes equally, creating a layer of depth. While it is not Grand Seiko finishing, this is a massive step up in Seiko’s attention to detail. The handsets and indexes are coated with Seiko’s famous Lumibrite for an outstanding glow in the dark. In contrast to the previous generation, all the indexes are updated to triangular-shaped indexes reminiscent of the 2nd Generation Seiko Monster with indexes resembling the tooth of a shark. This layout has an overall cohesive style with consistent lines that enhances legibility. At the 3 o’clock position, the date wheel matches seamlessly with the white dial with black numerals printed on a white background. This time around, the Shogun finally receives a welcoming upgrade from the Hardlex crystal to a sapphire crystal with anti-reflective coating and a date magnifying cyclops, providing superior scratch resistance.


Under the impressive exterior of the Prospex Shogun 200M Automatic White Titanium Ref. SBDC131 lies the Seiko 6R35 movement which is equipped with 70 hours of power reserve, a significant upgrade from its predecessor, the 6R15. The 24 jewel movement has a 3 Hz beat rate of 21,600 beats per hour.

Seiko took it up a notch to bring impressive upgrades to this new generation of the legendary Seiko Shogun that we know and love. Needless to say, the Prospex Shogun 200M Automatic White Titanium Ref. SBDC131 is a serious diver that will serve you well for many years to come as a loyal tool watch, just like one’s undivided loyalty towards the almighty Shoguns of feudal Japan. 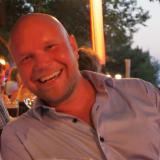 Mikko L.Verified Buyer
Jun 5, 2021
White Shogun It's a really nice watch and it's pretty impressive that it was delivered from Singapore to Sweden in just four days. I'm a happy returning customer.