In the world of dive watches, many watch brands have been striving to bring new innovations to bring new technological developments for dive watches to perform in the deep ocean's extreme conditions. Seiko has brought significant contributions to the field of dive watches for more than half a century, earning the respect of many dive professionals.

In 1968, Seiko received a response from a saturation diver from Kure City in the Hiroshima prefecture of Japan suggesting the lack of robustness in previous Seiko dive watches that led to a failure due to pressure during prolonged use underwater. This prompted Seiko engineers, which were led by Ikuo Tokunaga, to challenge themselves to create the ultimate dive watch. In 1975, the Seiko 6159-7010, or also known by Seiko aficionados as the “Grandfather Tuna” was born. Since then, the Tuna has drawn a cult following for watch enthusiasts and divers alike for its historical significance, unique design, and impeccable performance.

The Seiko Tuna line of watches today has kept the Tuna's iconic aesthetic from its first debut, giving the core emphasis on remarkable diving prowess and being a reliable tool watch for saturation divers that can withstand prolonged pressure underwater. With this in mind, Seiko unveiled their latest generation of their Tuna line up, the Seiko Prospex Professional 1000M Tuna Ref. SBBN047 which retains many of the traits of its previous iterations while having upgrades that improve durability.

Seiko Tunas are unquestionably large watches (The first Seiko Tuna being an astounding 51mm). Similarly, the Prospex Professional 1000M Tuna Ref. SBBN047 sports a monobloc titanium case construction with a 49.4mm diameter and a thickness of 16.3mm. Additionally, the monobloc titanium case is treated with a black super-hard coating to ensure utmost durability. The monobloc, or one-piece construction negates the need for a case back, this results in the watch having an impressive water resistance of 1000m (ISO Certified).
Even though the case diameter might be intimidating at first, fortunately, the “lug-less” makes the watch fit smaller than it seems, allowing it to rest comfortably on many wrist sizes despite the rather large diameter. Needless to say, this piece would definitely exert a bold and masculine wrist presence on the wrist.

One of the most distinctive features that makes Seiko Tunas is, without a doubt, the shrouded case design. Besides the unique aesthetic, the outer case, or commonly known as the shroud, protects the 120-click diving bezel from unintentional rotation and shock to the case during diving operations. The Prospex Professional 1000M Tuna Ref. SBBN047 features a hardened ceramic shroud treated with Seiko’s Super Black Dia-Shield coating for resistance against scratches.

The dial of the Prospex Professional 1000M Tuna Ref. SBBN047 retains the classic matte black dial with contrasting large white indices, being true to the first ever Tuna. Seiko also brought back the original brushed hands set found on the 1975 Tuna Ref. 6159-7010, replacing the “Prospex” hands that were found on the SBBN031/033.

The indices and hands are generously treated with Seiko’s famed Lumibite for a bright glow in dark lighting conditions. Being part of Seiko’s professional sports category, the dial is marked with the “X” shaped Prospex logo at the 6 o’clock position. Protecting the dial sits a piece of sapphire crystal with anti-reflective coating for superior scratch resistance.The Prospex Professional 1000M Tuna Ref. SBBN047 is powered by Seiko's iconic high tech quartz movement, 7C46. The 7 jeweled movement with extremely hi-torque tolerances and high efficiency enables the gears and pinions to move and turn the hands in perfect sync to the energy-pulse, with much less kinetic effort via the electronic step motors that power them. Thus making for a highly accurate and efficient full size quartz machine to perform strongly with much less resistance resulting in longer battery life.

The watch comes supplied with Seiko’s black silicone strap, built for diving in the ocean's deep depths. This soft waterproof strap also flaunts excellent durability and resistance to wear and tear. Admire the seamless design of this rubber strap that tapers down to its tips, preventing the timepiece from being overly bulky and subtly elevating its Tuna case shape.
In summary, the Prospex Professional 1000M Tuna Ref. SBBN047 lives up to the legendary Tuna line of watches, bringing incredible specifications that truly makes it Seiko’s ultimate diver. Even though Seiko’s Tuna has been relatively similar over the years, this refreshing addition offers a more subdued look while being as robust as ever. 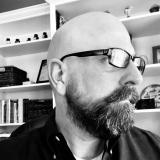 Mike D.Verified Buyer
Sep 25, 2021
Superb watch!
I ordered this piece on Sunday evening, and was wearing it in my wrist by Thursday afternoon in Boston. The watch is beautiful, everything is aligned, seconds hit the marks perfec... view moretly, everything is as it should be. Thank you! view less
0
R
Ryan G.Verified Buyer
Aug 14, 2021
Fantastic transaction, Seiko Darth Tuna
Exactly what I was looking for. International delivery ahead of schedule. Zero surprises, except to the upside. My new JDM Tuna is better than I thought. Look forward to my next tr... view moreansaction! view less

0
S
Steve H.
May 11, 2021
Darth Tuna Perfection
As soon as I opened the box on this SBBN047 I knew I had made the right choice. What a beautiful piece. Gnomon continues to impress with their impeccable customer service and their... view morequick shipping. This watch wears very comfortably and although a larger piece, maintains an understated manner on the wrist. It you are into Dive/Tool watches, this is one to aspire too.