Encased in a robust 316L stainless steel case construction, the Seiko Prospex Speedtimer Chronograph Blue - Ref. SBDL087 vaguely resembles the case shape of some of Seiko’s modern 62MAS reissues with its slightly rounded lug design, a well-crafted case design many Seiko lovers are largely familiar with. Measuring with a pleasing diameter of 39.5mm, a lug to lug distance of 45.4mm and a thickness of only 13.3mm, the sub-40mm size will definitely satisfy the masses with just the perfect amount of wrist presence without feeling overwhelming while remaining extremely versatile for a whole range of wrist sizes. Like many of Seiko’s other Prospex models, the finishes here are skilfully executed to a high level of detail with circular satin brushing on the top of the lugs and a smooth high polish at the side of the case. Pairing with the watch is a sporty 20mm stainless steel 3-link bracelet, secured with solid end-links, tapering down gracefully to about 18mm at the milled clasp.

Being a watch originally built for the tracking of time, the Prospex Speedtimer Chronograph Blue - Ref. SBDL087 houses a fixed black polished tachymeter bezel which is utilized in conjunction with the chronograph function to measure elapsed time over a fixed distance. Taking a closer look at the finer details, the bezel sharply slopes downward to divide the markers and etched tachymeter numerals on the outer perimeter, adding a beautiful layer of dimension to the watch as the polished bezel captures the light in various angles. The SBDL087 distinctly features red bezel markers for the first 15 seconds, together with a striking red seconds hand on the dial, a design attribute that directly references the Seiko 6139-6002 ‘Pepsi’ Speedtimer from 1969.

The deep navy blue dial of the Prospex Speedtimer Chronograph Blue - Ref. SBDL087 is delicately finished in a sandblasted texture to ensure a high level of readability and legibility, an attribute critical for a sports watch meant for professional use. Equipped with three navy subdials at the 3, 6, and 9 o’clock position with the 3 o’clock subdial displaying the 24 hour time, the 9 o’clock subdial showing the running seconds and the 6 o’clock dedicated to dual functions: a 60-minute elapsed time counter and a power reserve indicator. Notably, the power reserve indicator presents itself with a subtle nod to the world of auto racing with ‘F’ and ‘E’ markers, which are symbols commonly found on fuel gauges in automobile vehicles to indicate fuel level.

Underneath the solidly-constructed exterior, the Prospex Speedtimer Chronograph Blue - Ref. SBDL087 is driven by the reliable Seiko Cal. V192 solar-powered quartz chronograph movement, boasting a power reserve of about 6 months on a full charge and an accuracy rating of approximately ±15 seconds a month. Operated through the chronograph pushers on the side of the case, the movement features a 60-minute chronograph function, a date complication and a 24 hour indicator. Despite not being a dive watch, the watch is well-equipped with a substantial 100m of water resistance, providing protection from light water splashes in everyday use.

Paying tribute to one of Seiko’s most legendary chronograph timepieces, the Prospex Speedtimer Chronograph Blue - Ref. SBDL087 showcases the modern watchmaking prowess of the Japanese watch manufacturing giant in a gorgeous value-packed Prospex chronograph that got so many things right. From the lovely dimensions to the exceptional craftsmanship, Seiko’s rich timekeeping heritage is unmistakably reflected in both the iconic visual aesthetics and remarkable timing precision of this new release, and we can definitely expect this one to be a fan-favorite in no time. 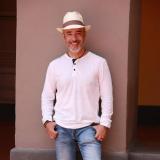